Each Summer is Special at Indian and Forest Acres 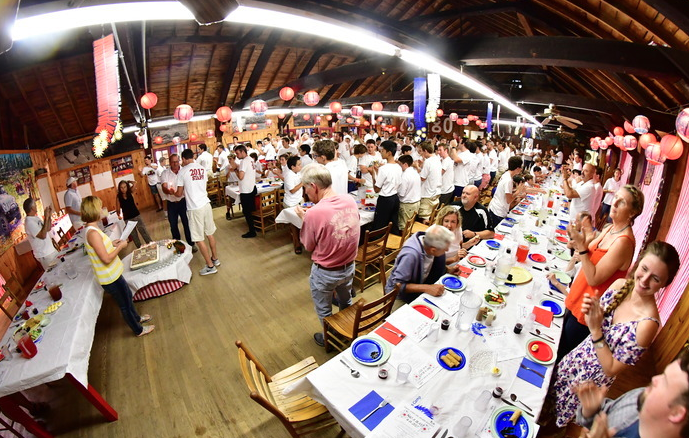 No two summers in Fryeburg, Maine are ever 100% the same. Each summer under the pines always brings new experiences and opportunities for campers and staff alike. Everyone experiences the big parts of the camp season, but also learns something about themselves in the process. Anyone who comes to camp remembers when Color War breaks or being a part of “The Sing.” It’s the moments in-between that create some of the best memories.

There are definitely a few traditions that campers and families expect each summer at Indian & Forest Acres. We’re talking about the Coed Play, 4th of July festivities, each camp’s end-of-summer banquet – the list goes on. These traditions get campers excited during the course of the summer, but it’s the little things that happen every day that often stick with campers and staff long after they’ve left camp.

Looking back, there are a few things that make each summer so special. Whether it’s trying a new activity for the first time or making a new friend in their cabin, summers at Indian and Forest Acres are an amazing opportunity for children to create some of their own special summer memories.

Ask any former campers what they remember about camp and they’ll probably mention (or sing) a favorite camp song! Singing and cheering happen every single day at Indian & Forest Acres. There are songs that happen during meals, during campfires, and during weekly services that stick with campers from year to year. At sporting events, campers are always cheering each other on to do their best. Once Color War breaks, there are twice as many opportunities for singing and cheering all around camp! Just about anything at camp can be celebrated with a song or cheer.

Is it impossible to laugh or smile too much? We don’t think so! Every summer, the sounds of laughter can be heard all around camp. Perhaps campers are performing a silly skit at campfire, or a counselor is wearing a funny wig at the talent show, or just playing games – laughter is a constant at camp. Campers may not remember all of the things they were laughing about, but they’ll remember who they were laughing with!

At Indian & Forest Acres, the camp spirit is easy to see amongst every member of the camp community. Campers and staff return year after year to “Our Summer Place” because of the traditions and friendships they’ve made. Some campers and staff even have parents, and yes, even grandparents, who spent their summers at Indian and Forest Acres. It’s truly a second family and once you’re a part of it, it’s for life!